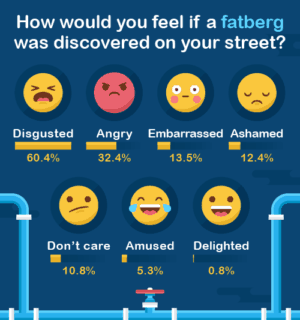 It’s no secret to anyone that fats, oil and greases – or FOG as they’re known in the industry – take a massive toll on our plumbing, drains and sewers. But are we doing anything about it?

UKDN has recently undertaken a survey of the UK’s attitudes towards drains and flushing habits; the results we’ve found are astounding.

At least one in four people in the UK pour cooking oil down the drain and almost half of people pour sauces, whilst one in five allow their drains to fill with hair and almost 15% of women flush at least one of the following: tampons, applicators and wrappers. Incredibly, 94% of the population asserted they were actually confident with what they should and shouldn’t put down their pipes. Clearly, this isn’t the case! 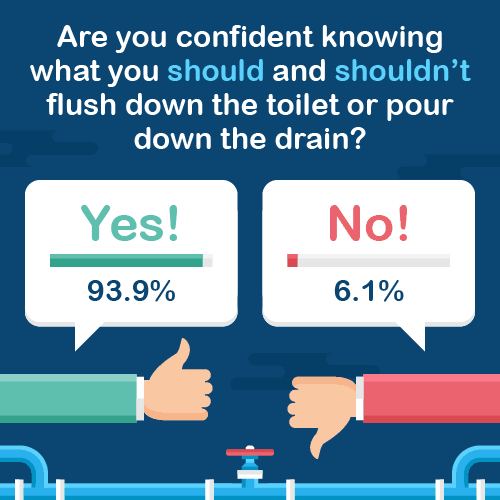 Over 90% of us are confident with our flushing habits, but do we follow through on what we know?

Young people are the worst offenders. Millennials – who either don’t care or don’t know any better – are six times more likely than the over 55 age group to pour cooking oil down the drain, and 55% of them would flush or pour at least one of the Dirty Dozen – the twelve things no homeowner should allow to enter their pipes. 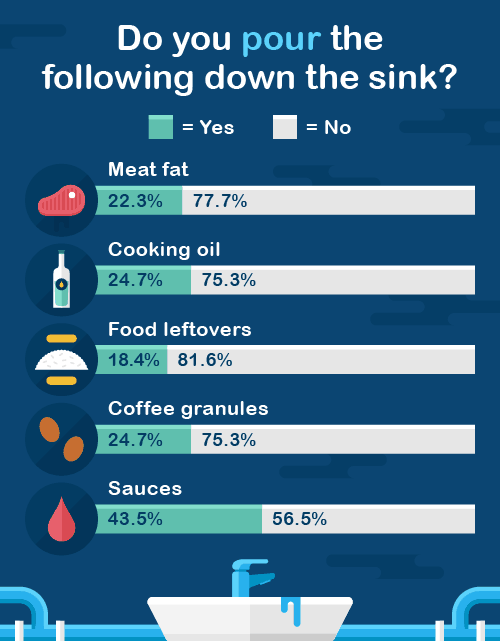 FOGs – fats, oils and greases – solidify in pipes, causing blockages. Yet many of us continue to pour them away on a daily basis!

Recently the discovery of fatbergs, enormous monstrosities of merged wastage, has been a big deal in our headlines and our sewers.  Millennial misconceptions are apparent again here: 20% of them would either ‘not care’ or actually be ‘amused’ if a fatberg were found beneath their street. 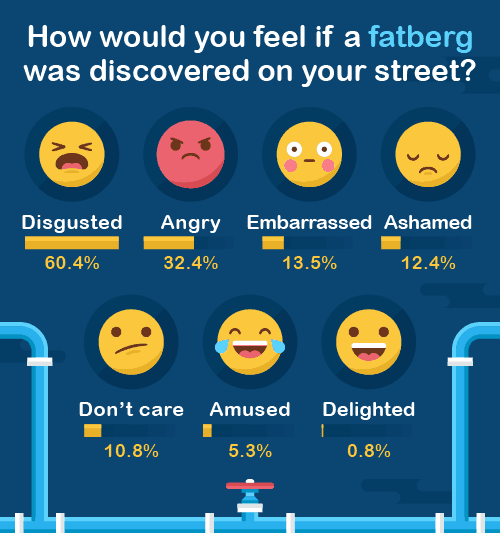 Fatbergs sure are disgusting, but plenty of us would either not care or actually be amused if one was found on our street.

Our survey also identified some surprising – and unfortunate – occupants of the sewer labyrinth. While ten percent of respondents admitted to flushing goldfish, three percent admitted to popping another late pet down the potty – the humble hamster. What’s more, thirteen percent flush prescription medicines, and four percent of people admit to disposing illegal drugs, which are both severe hazards for the UK’s marine wildlife. 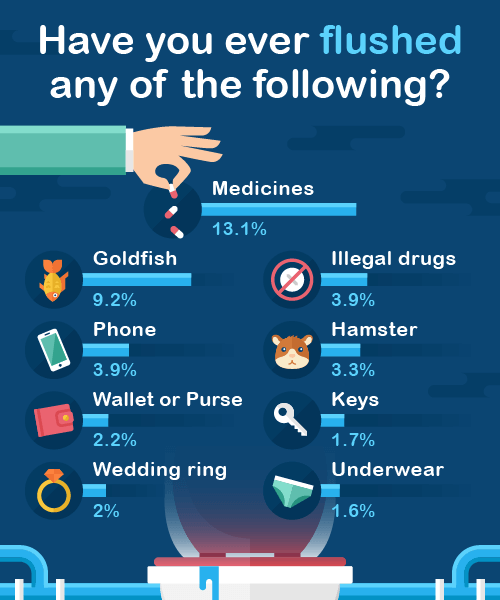 While nobody wants any of their belongings to fall in the loo, flushing medicines and drugs has harmful consequences for our environment.

Our day-to-day flushing habits aren’t that much better. There are all sorts of wet wipes that we use in our houses. However, whether you’re cleaning your kitchen surfaces or removing your make-up, these shouldn’t go down the loo. Research released by Water UK in December 2017 confirmed that wet wipes, whether ‘flushable’ or not, contribute to 93% of the material causing sewer blockages. With 14% of people openly admitting to putting  used wipes of one type or another down the pipes, it’s not hard to see where this problem is coming from.

Meanwhile the damage caused by cigarette butts to the environment has been consistently documented, most recently by Michelle Ringland, Head of Marketing for Lanes Group. Yet almost 4% flush cigarette remains down the loo, unconcerned by the toxins that might leech out as a result. 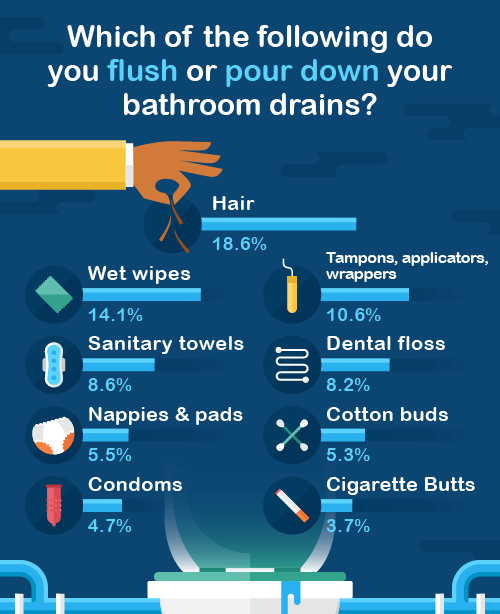 Tampons, condoms and wet wipes need go in the bin rather than the toilet, as they don’t biodegrade and will clog up your pipes. Gross!

5.5% would flush babies’ nappies and pads and around 9% of women would flush their sanitary towels or pads. Just under 5% flush their condoms too, with men being twice as culpable as women for this gross habit. This is not only grim for our drain unblocking team, but also adds to our ocean’s ever increasing problems with plastic.

UKDN’s Ross Gylanders commented, “There’s loads of noise about the Whitechapel fatberg, especially given that it’s currently on display at the Museum of London. But what are we actually doing to prevent more fatbergs appearing in our towns and cities?

It’s up to everyone to take responsibility for their own flushing habits. It’s our duty to educate ourselves and make the correct decisions whether to bin or flush our waste products.”

Are you a business or homeowner having trouble with FOG in your plumbing? Check out our drain unblocking service page to find out how UKDN could provide support.

UKDN conducted this survey in collaboration with Toluna, contacting 500 people from a range of demographic backgrounds.