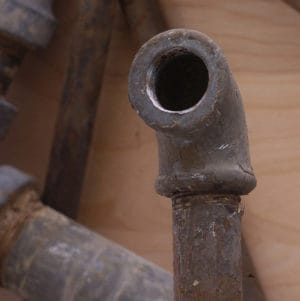 The use of lead water pipes was banned in the 1970s because of health risks, however properties built before then may still contain lead pipework.

Lead pipework can be traced all the way back to the Roman era; with the chemical symbol for lead (Pb) inspired by the Latin word plumbum; from which plumber derives. Some even speculate that lead in water systems was what brought the Roman Empire down, although this seems unlikely.

What are the health risks of lead in drinking water?

Ingested lead builds up in the body over time, and gradually leads to lead poisoning. Children are particularly at risk; lead has been shown to have an adverse impact on mental development and may also affect behaviour.
Some of the dangers of drinking water containing lead include:

How to check for Lead Water Pipes?

Look at the pipe leading directly to your kitchen tap:

If in doubt, ask a plumber to check for you. Outside, look at the pipe which leads from the external stop valve to your property, or ask your water company if access is difficult. 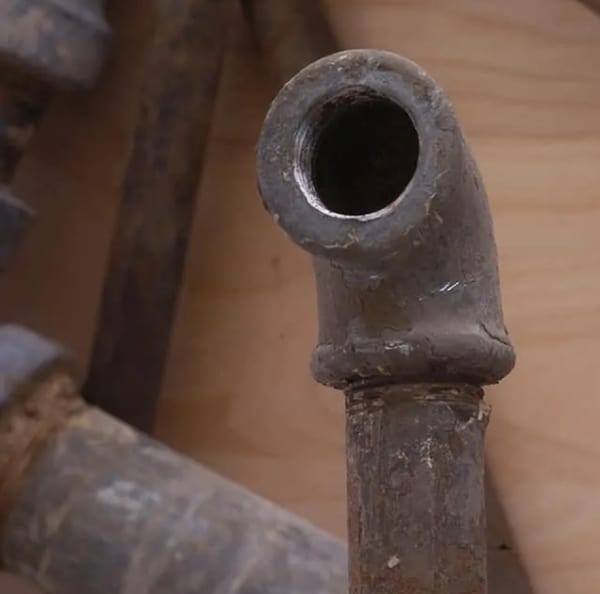 If you don’t want to wait for a plumber, you can check for lead water pipes yourself, using this simple method. All you need is a magnet and a coin.

What to do if you have lead pipes

How does lead get into drinking water?

Through corrosion. Water flowing through pipes corrodes them over time, and through heavy use. When this happens, lead in the pipes is released into the water flow. The level of corrosion can be affected by the types and amounts of minerals in the water.

In hard water areas the scale that forms on the inside of pipes will prevent lead from dissolving into the water, to a certain extent, so there’s a greater likelihood of lead being present in soft water supply areas. Even if water pipes are copper, it’s worth making sure that lead-based solder has not been used to join sections. This should only be used in closed central heating systems, but DIY’ers and unqualified tradesmen may make mistakes.

Is there lead in my drinking water?

Water companies take random daily samples from consumer taps for lead and will give you results of tests in your area on request. They will also tell you whether they are treating water to minimise lead pick up, and whether you live in an area with a history of lead pipes. You can have water sampled privately through a local environmental health service for a fee.

Who owns the pipes?

The communication pipe (which links the water main in the street to the stop valve outside a property) belongs to the water company. The private or supply pipe (from the external stop valve to the point where it enters the building) is the property owner’s responsibility, as is all the plumbing inside. You can find out more on our clean water responsibility guide page. 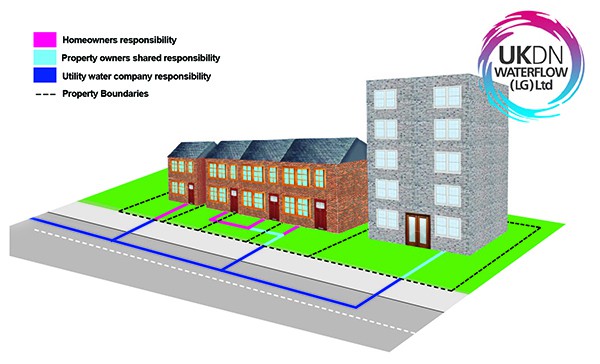 It’s worth noting that if you do have lead water pipes, and you have a leak for which you claim your insurance company is only obliged to repair the existing pipe, not to replace the lead pipe for a more modern polyethylene version.

If you need friendly expert advice about repair or replacement of lead water pipes, speak to our experts on 0333 344 2937. We’ll be happy to help.