Private Sewer Transfer – One Year on 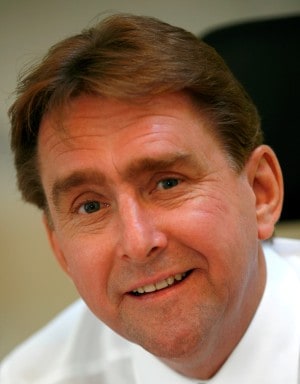 It has been a year since the Private Sewer Transfer (PST) – arguably the biggest change to the drainage network since privatisation 23 years ago – took place. Greg Beech looks at the impact it has had for water companies and consumers and what remains to be achieved. The article appears in an edited format in December’s Utility Week.

When it came into effect on 1 October 2011, the PST was something of a leap into the unknown for the 10 water and sewerage companies in England and Wales.

The estimated 200,000km of drains that were being transferred – any that connected more than one property to the public sewer, or which sat outside the boundary of the property – were, and to an extent remain, un-mapped and in a largely unknown condition.

Having always been in private ownership and management, and repaired and maintained by a patchwork of drainage contractors around the country, no comprehensive mapping and measurement exercise have ever been carried out.

The PST was in planning for a period of several years and, during that time, extensive research was carried out to try to determine the level of work that is required to maintain the sizeable drainage asset.

These estimates were used to by the WaSCs to tool up ahead of the transfer. In response to the predicted volumes, call centres were expanded and supplier frameworks were established.

So how has does the reality compare to predictions 12 months on?

The overwhelming answer you get from speaking to the WaSCs is that the overall volume of calls has been nowhere near as high as predicted.

To give an example, one WaSC in the south of England anticipated the level of call outs it would get annually at 70,000. In fact, the number has been slightly below 20,000 in the first 12 months following the initiative.

While in other areas the volumes have been closer to those forecast, it is clear that the numbers are falling significantly short.

Given the robustness of the pre-transfer research, and its level of detail, it is safe to assume that estimates of the volume of work taking place on the transferred asset were approximately accurate.

A possible explanation is that householders’ behaviours have been slow to change and they are still carrying out much of the work privately, despite it now being the WaSCs’ responsibility.

According to the report, the most commonly remembered aspect of the notice was that it was about a change of sewer ownership, but less than half of those who read it said they remembered reading about who owns the different pipes or how different types of property were affected.

Clearly there is still work to be done to raise awareness of the issues and ensure that the work is carried out by the organisations that are now responsible – the WaSCs.

There has been significant variation in the approaches taken by each of the water companies. Some have worked on a purely reactive basis, doing a good job of attending and removing any blockages, but avoiding any further investigative work or preventative maintenance.

While clearly this will lower cost in the short term, there are risks to this strategy

For one thing, without reparative maintenance the condition of the drainage will steadily deteriorate, with new issues adding to existing problems. Over time, this will cause basic management costs to increase – so the outlay is merely being held off for the future. Insurance companies, through which UKDN Waterflow have built an excellent partnership approach to drainage issues, have been particularly receptive to a risk management approach, dealing with the issues and assessing future risk, therefore avoiding potentially big future claims.

Second, there is a danger of attracting negative feedback from customers. Blockages on the transferred assets are mostly located under private property, so attendance requires contact with customers. However well-handled and non-disruptive this customer contact is, failure to tackle the cause of issues and stop them happening time and again will lead to strong customer dissatisfaction.

Thankfully, not all of the WaSCs are taking this minimum spending approach, and some are employing more promising strategies.

One, for example, has put in place a ‘find and fix’ agreement with UKDN Waterflow under which, every time we attend an unblock job, we also investigate the cause of the issue and assess how much it would cost to fully repair it. If this is below a set threshold, we have authority to liaise with the customer and carry out the work.

The obvious benefit of this is that the number of avoidable repeat call outs will being reduced and, in the medium to long term, the investment in proactive repairs will pay dividends.

The overarching challenge for many of the WaSCs is that they have been asked to take on this work without additional funding and without the option from Ofwat of price increases for customers.

They also face an unpredictable spend profile with the new asset.

The cost of maintaining any drainage system can fluctuate widely, and in a way that is hard to forecast. The unknown condition of the transferred drainage only serves to exacerbate this.

The weather is a major factor. Heavy downpours typically cause a significant short-term spike in unblocking work but, interestingly, they can also often be followed by a lull in the number of call-outs because the system has been flushed through and many potential build-ups dislodged.

There is a sense that some WaSCs are maybe attempting to keep spending at a minimum until it can be reviewed ahead of the next Asset Management Plan cycle – AMP6 – which begins in 2015.

The problem – aside from the customer relations risk already mentioned – is that it could be difficult to make a case for increased spending at that point when it has been considered dispensable now.

The WaSCs are not in an easy position – the complete absence of any negative publicity following the transfer seems to suggest that the customer service they have provided through their recently expanded supply chain has been excellent.

However, in some cases there is a clear argument for an increase in the level of self-funding assigned to the transferred asset if the transferred drainage is to be brought under effective management.

We’ll see what happens next. The WaSC’s have a good year’s worth of experience, but the second year may be completely different as more homeowners wake up to their changed responsibilities post-transfer.