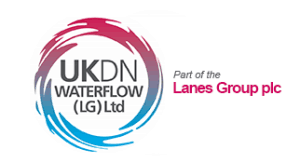 Roger Kern, Operations Director at UKDN Waterflow Technical Services, has been honoured with the National Sewerage Association’s Coggins Cup, for services to the water industry.

The award was created in memory of Barry Coggin of Midland TV Surveyors (a founder member of the Association of CCTV Surveyors) and has been given to people who have made an outstanding or significant contribution to the industry; Roger received this award for his work over the last 30 years.

One of the nominees, David Pitt of Infotec highlighted Rogers achievements: “Roger has pioneered, through one of the UK Water Industry’s longest standing, most highly reputed companies, some of the most significant innovations over the last 30 years . Not least in the areas of pipe and sewer remediation, with a variety of structural lining solutions including ambient, UV Light Curing methods, robotic lateral cutting techniques and many other solutions that are now accepted as commonplace within our industry.”

Roger commented “I was really flattered to have been nominated and then to have received the award is a great honour. However for me and founding Waterflow partner and friend Philip Robertson it has always been about the people in the team. I think this award reflects the fantastic effort that people at UKDN Waterflow have made and always will make as they continue to go that extra mile in pushing the boundaries of no-dig technology.”

Greg Beech, chief executive of UKDN Waterflow said “Roger’s commitment to the industry has been phenomenal. He has given his time freely to support the NSA and other associations, and continues to innovate and push the boundaries of technology within our sector. The honour is long overdue.”

The Coggin cup was presented to Roger by NSA Chairman Phil Reaney at the September meeting of the NSA.