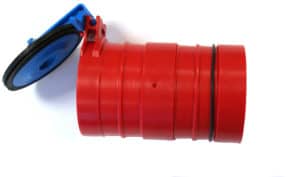 Homeowners and businesses are right to be concerned about how they can deal with a potential rat issue, whether they be mutant or not. Businesses in particular, especially if dealing with the general public, can suffer reputational damage associated with such an issue, and for restaurants it can be catastrophic.

The ‘super rat’ is immune to normal rat poison which has led to a fear that it may be unstoppable in spreading life-threatening diseases to humans and farm animals. Rats can carry illnesses such as Weil’s disease, which can be passed on to humans. It has flu-like symptoms initially but can lead to jaundice in the kidneys.

Smart homeowners and businesses can take action. An innovative and cost effective solution would be to fit a Non-Return Valve that will simply push into current pipework and can be fitted above and below ground. So why aren’t these fitted as standard?

Gary Webb, from UKDN Waterflow, explains more: “Non-Return Valves were developed as a cost effective solution for homes and businesses that suffered from ongoing flooding issues. The traditional solution to this problem, to sink a new manhole outside the property and fit non-return valves to eliminate the possibility, can be very expensive.

Data from the insurance industry would suggest that nearly fifty per cent of all flood claims are due to back-filling of sewerage pipes. A property is flooded with ‘foul’ water from the inside by flowing back via toilets, plug holes, waste pipes and other underground entry points.

However, the fitting of these valves have a useful additional benefit, stopping rats from entering a property via the sewers.”