Ian jumps at the chance to honour D-Day veterans 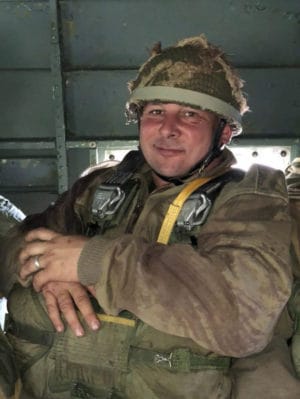 Rail drainage and maintenance manager Ian Sandford is joining hundreds of former paratroopers in a “final salute” mass jump to honour all those involved in the D-Day landings.

He will be among 250 former airborne soldiers and female parachutists who will jump from 30 Douglas DC3/C47 Dakota aircraft over France to mark the 75th anniversary of the Allied invasion of Europe during World War Two.

Ex-paratroopers from around the world are taking part in Daks over Normandy to jump onto a drop zone at Ranville, the first French village to be liberated on D-Day, by the British 13th Parachute Battalion. 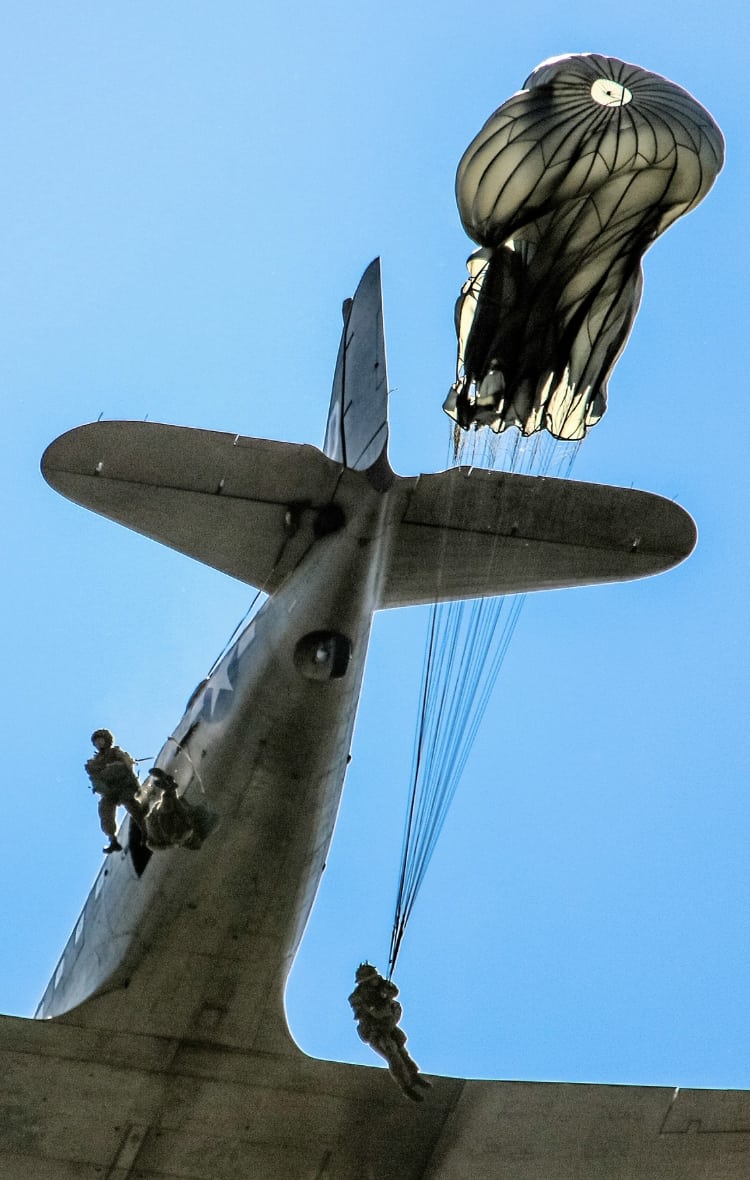 Ian Sandford, Rail Depot Manager at UKDN Waterflow (LG) Ltd, part of Lanes Group plc, said: “It is going to be very special, as it is likely to be the last mass jump of its kind to mark a D-Day anniversary.

“As such, it’s a fitting final salute by former paratroopers to all the military personnel who were involved in D-Day on 6th June 1944.

“Female parachutists are taking part to represent the many female agents parachuted into France to help prepare for the D-Day landings and throughout the war. We shouldn’t forget, also, all the civilians caught up in an action that began the liberation of Europe.

“The fact that we will be jumping from 30 vintage Douglas Dakota aircraft, some of which saw service over Normandy, onto one of the most famous original drop zones during the invasion will make this very special.”

Former paratroopers from the UK, the United States, Australia, France and Germany are among nationalities taking part in the jump, which will be one of the most spectacular 75th anniversary events taking place.

Serving airborne troops from the UK will also jump from a C-130 Hercules aircraft.

Ian, who served in the Parachute Regiment between 1989 and 1995, said they were all keen to “bang their tabs in” – Army slang for coming to attention and saluting – to honour the military personnel who served 75 years ago.

Many of those involved will be wearing uniforms identical to the ones worn during D-Day and they will be using Army-issue round parachutes.

Over the last five years, Ian has taken part in many jumps on military anniversaries including, in 2014, one at Renkum in The Netherlands, to mark the Battle of Arnhem which followed D-Day.

However, Daks over Normandy is by far the biggest veterans’ jump he will have been involved in. He added: “We are part of an airborne brotherhood. With nearly half a battalion of parachutists involved in the jump, it will be a spectacular sight.”

The Douglas C47 – the DC3 was the civilian version – was named the Dakota by the RAF and the workhorse of the Allied air forces during WW2.

The aircraft was used to transport many of the 24,000 soldiers who either parachuted or were carried by gliders into battle during the Normandy Landings.

Half the aircraft taking part in Daks over Normandy are being flown to the UK from the USA, with the other half coming from across Europe.

The Daks Over Normandy flight will take off from Duxford aerodrome in Cambridgeshire, the same setting off point for thousands of airborne troops on D-Day and now the site of the Imperial War Museum’s aircraft collection.

The aircraft will then fly over Colchester, Southend-on-Sea, Eastbourne, and Le Havre, reaching the drop zone at Ranville at 4.30pm to complete the mass jump, before landing at Caen-Carpiquet airport.