UKDN Waterflow > Advice > Drain Misconnections and How They Affect the Planet

Drain Misconnections and How They Affect the Planet 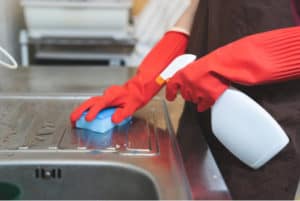 What is a drain misconnection?

A drain misconnection is when plumbing is accidentally discharged into the wrong sewer. Most properties in the UK are connected to two sewers. The first is a foul water sewer – this is where waste water from appliances such as a washing machine, showers and toilets are discharged into and later treated at a wastewater treatment plant, before being released into rivers, streams or the sea.

The second is a surface water sewer – this is where water from drain pipes and roof runoffs is discharged, which is then directly released into streams, rivers or the sea, without being treated.

An example of a misconnection would be if a dishwasher or washing machine was plumbed into the surface water sewer, causing waste water containing a number of chemicals to be released into our environment. 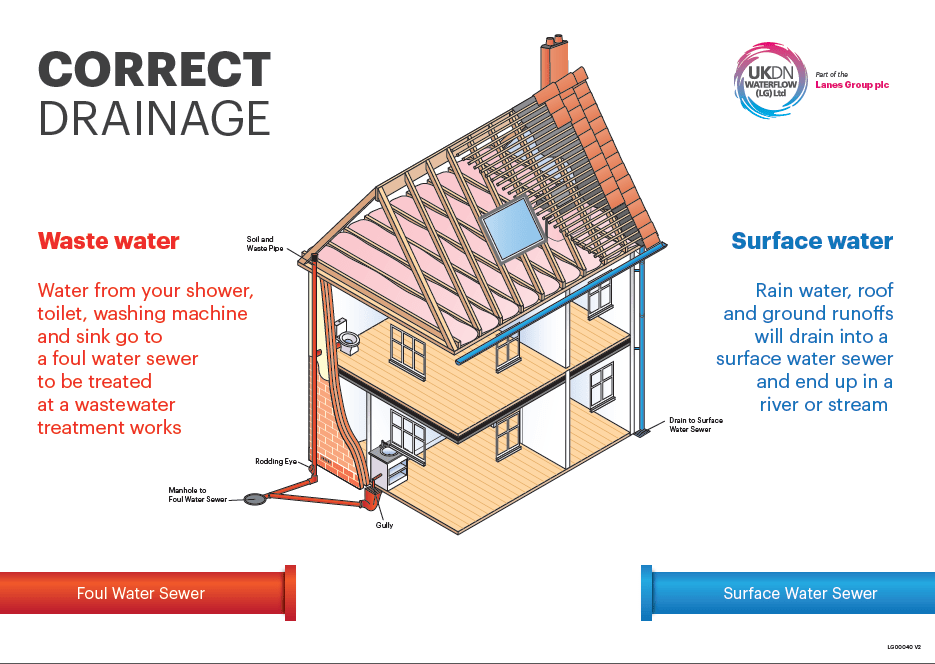 What are the effects of a drain misconnection?

According to the Department for Environment, Food and Rural Affairs (DEFRA), there is still an estimated 150,000 to 500,000 UK homes with some sort of drain misconnection. If a drain misconnection is left unaddressed, the property owner could be at risk of a £50,000 fine and up to 12-months imprisonment. But, the legal implications are not the only consequences of a misconnection, if left unaddressed it can be disastrous for the environment, public health and marine life.

Household products such as bleach, washing up liquid, and even items like shampoo and conditioner, contain a whole host of chemicals that can be incredibly harmful to the environment and wildlife. Chemicals often found in cleaning products such as chlorine, ammonium, and zinc can be toxic to animals and plants found in the ocean.

When a toilet is plumbed to a surface water sewer, it means that human waste is directly discharged into rivers and streams which may lead to the ocean. This is can affect both public health and the environment in numerous ways.

Firstly, when sewage is discharged into an open source of water, it begins to decompose and uses up oxygen from the surrounding water. If the sewerage amount is high, the amount of oxygen available for the surrounding fish, plants and aquatic animals may not be enough, posing a threat to their lives.

Secondly, sewerage and general human waste contains bacteria that has the potential to cause diseases and viruses. This creates a risk to public health, especially swimmers and those eating contaminated fish.

According to the Marine Conservation Society, 8.5% of the litter found on the UK’s beaches are from items that are flushed down the toilet. Most domestic toilets will be connected to the correct sewer, yet small items like earbuds are still managing to bypass the filtering process at treatment plants.

In the instance of a misconnection, all items flushed would end up in the environment – releasing harmful chemicals into rivers and the ocean, and threatening wildlife who often mistake small pieces of plastic for food.

A misconnection can be common in older properties or caused by dodgy plumbing. You can find out more about misconnections, how to identify them and the regulations around drainage and sewerage in our recent whitepaper on illegal drains.

If you think your property’s drainage is illegal and posing a threat to the environment – get in touch with UKDN Waterflow today.