Big Thaw? Are you prepared? 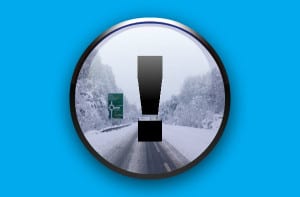 It’s the big thaw and not the big freeze we need to be concerned about, according to UKDN Waterflow, one of the UK’s largest independent specialist drainage contractors.

With snow still falling and parts of the country struggling to deal with the effects of the big freeze most people continue to think about wrapping up warm and clearing snow from the front door.

But be warned. A thaw is on its way and this can bring a whole host of issues for householders, facilities managers, and business owners.

UKDN Waterflow advises property owners to act now to avoid preventable damage from frozen and burst pipes as the thaw sets in. The current cold spell could result in frost penetration deep into the ground causing many householders to experience frozen water pipes and associated problems of burst pipes and water damage.

If it does happen, UKDN Waterflow have emergency response water supply pipe engineers on hand 24/7 to help you resolve the issues, working with insurance and water companies to help get businesses and householders back on their feet. They repair fresh water supply pipes that run from external stop tap to internal stop tap within the properties. Most water pipes are buried less than 750mm underground and unless protected by insulation they are prone to freezing, and of course bursting when the thaw happens.

Gary Webb, from UKDN Waterflow, commented “While the snow is already down it’s not too late to protect properties from big freeze. Whilst you can do little to stop buried water supply pipes from bursting many people incorrectly think that it’s too late to prevent damage internally once the snow falls. Industry analysis of insurance claims from freeze events shows that the majority of the damage is done when pipes burst as the big freeze thaws.”

In businesses heating should be timed to still come on over the weekend to prevent frost damage to water pipes or kept on a low setting, and doors kept open in vulnerable areas to allow warmth to circulate. Businesses should check if their boiler has a frost protection thermostat, which turns on automatically if the temperature drops to a level that will cause their pipes to freeze.

At home simple steps like keeping an eye on water pressure as an indicator of frozen pipes, opening the loft hatch to allow warm up into the loft or leaving the light on to generate heat, and insulating outside taps and stop cocks with insulation such as a piece of old carpet are some examples of how to avoid pipes freezing.

There’s still time to prevent damage. If the worst happens and your water supply pipe bursts UKDN Waterflow’s team are on hand 08443 262348, www.ukdnwaterflow.co.uk