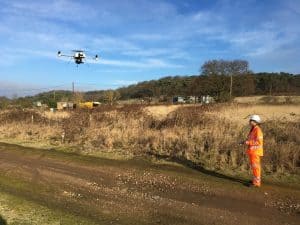 UKDN Waterflow (LG) is a PCL (Principal Contractor Licence) contractor for Network Rail, the public body that owns and manages most of the rail network in England, Scotland and Wales. Network Rail directly manages 20,000 miles of track, 40,000 bridges and tunnels, and 19 of the UK’s busiest railway stations.

The SUA was flown above the station at heights above 20 metres to capture HD images and HD video of platforms 1, 2 and 3 roof canopies, adjoining buildings and designated walking routes into the station.

A scope of works document was created by Network Rail and sent through to the SUA Manager at UKDN Waterflow (LG). 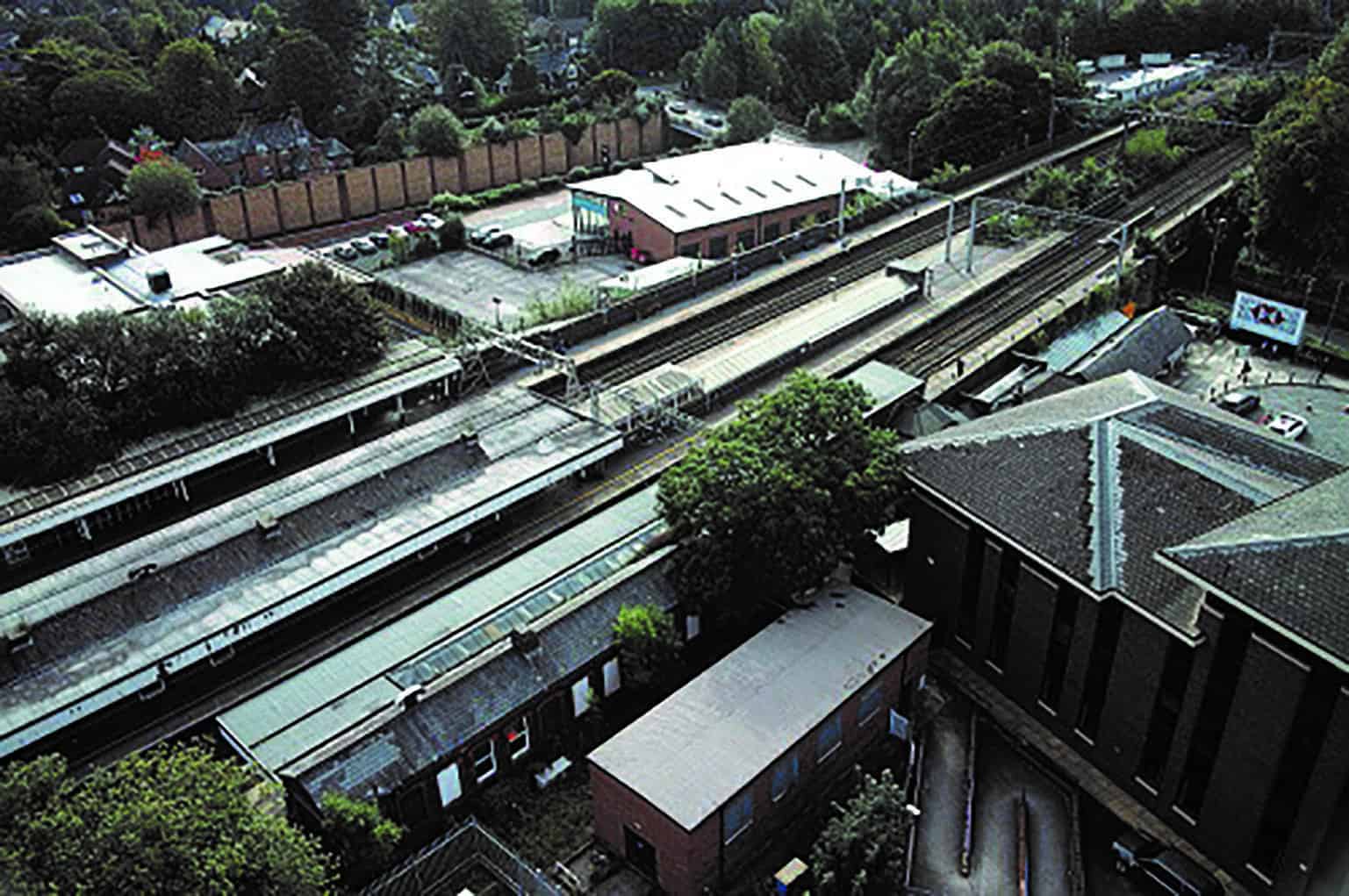 The SUA flight team included a controller of site safety (COSS) who was responsible for maintaining effective communication between station staff, line signallers and the flight team. The line signaller was updated during the flight and notified when the survey was completed. A robust recovery plan was in place in the unlikely event of the SUA failing.

“A key challenge was obtaining permission from Manchester Airport air traffic control as the station was within an SUA flight restriction zone. However, thanks to our precise planning, we were able to deconflict our flight to the satisfaction of air traffic controllers before attending.”
Dominic Turner | SUA Manager, UKDN Waterflow (LG)

The project was completed within a single site shift. The SUA flight team, a UKDN Waterflow (LG) SUA operator and COSS, first walked the
site. They carried out an on-site risk assessment and survey to identify potential flight hazards and obstructions.

British Transport Police and air traffic controller based at Manchester Airport were notified. A suitable and safe take-off and landing area for the SUA was identified. Pre-flight checklists were completed.

During the flight, more than 60 images were recorded which were downloaded to the SUA mobile command centre.

The SUA data was processed and analysed, A survey report and accompanying date was then sent digitally to Network Rail. 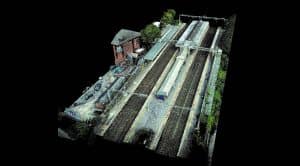