What is a Manhole/Inspection Chamber?

A manhole, or inspection chamber, is an access point to an underground utility network, such as a drainage system. The presence of a drain or sewer manhole allows the underground pipes to be inspected, surveyed, unblocked, cleaned, or repaired.

Guidance on the design, location, and structure of manhole and inspection chambers is governed in the UK by Building Regulations. Manhole chambers are typically located at one of three points in a drainage system:

As well as giving access to drains and sewers, manhole chambers are an important temporary storage point for water. They allow water to build up in the drainage system rather than flood out straight away.

While working on pipe systems, drainage engineers may deliberately block a pipe and use the manhole in the same way, to store waste water before letting it flow away once the drainage task is complete. 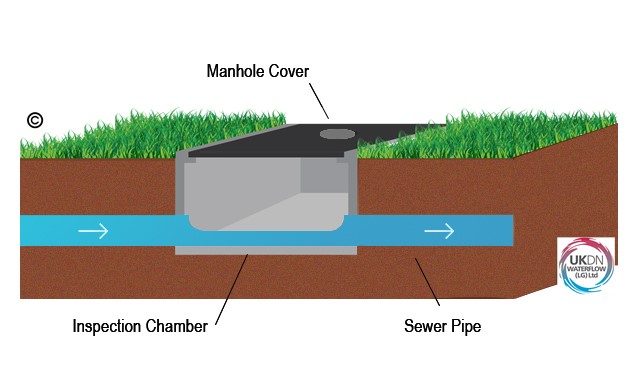 Manhole chambers are protected by manhole covers. These have a range of different purposes:

Manhole covers can be made from different materials, including steel, concrete, and also recycled plastic. 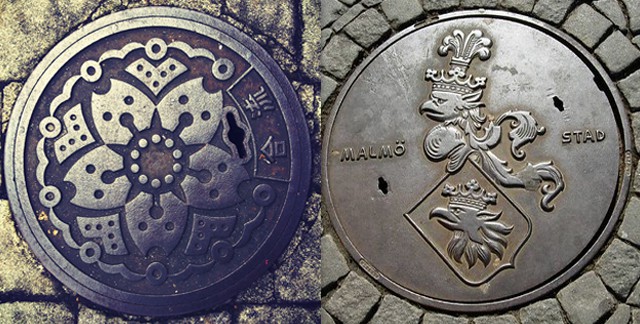 Why are manhole covers round?

The answer to this question is simply the drills used to create them are typically round. Giant versions of hole saws are often used to create manholes, and the holes themselves normally only need to be large enough to accommodate one drainage worker at a time.

That said, manholes can come in different shapes and sizes, including round, triangular, square, and rectangular, depending on the environment within which they’re located. 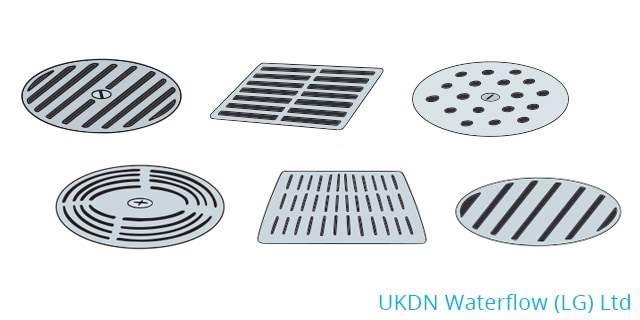 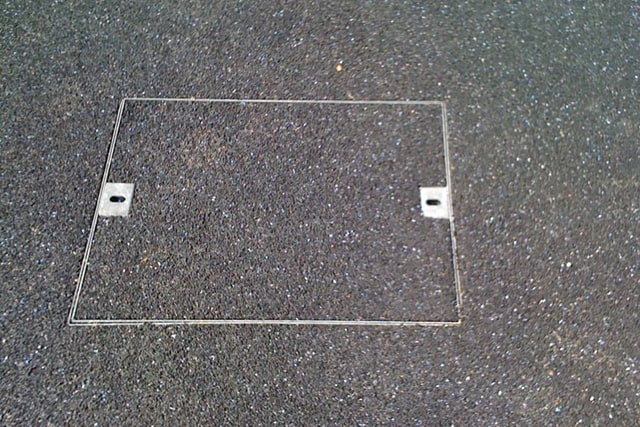 Ornate manhole covers can be used to mark significant locations and events, whilst making people more aware of what lies beneath their feet.

Increasingly, manholes are being replaced or augmented with remote access drainage points, often called rodding points. These are smaller than manhole chambers, so are cheaper to install.

Instead of allowing a person to get down into the drain, they provide access for a drain rod, a water jetting hose, or a CCTV drainage survey camera, to assist in the process of inspecting, cleaning, or unblocking a drain pipe.

CCTV drainage surveys and drain water jetting can be carried out via a manhole chamber as well.

A serious risk to health

Inspecting, cleaning, and repairing drains without having to enter them is the best approach. This is because manhole chambers present a significant health and safety risk.

Climbing into and out of them presents a slip, trip, and fall risk, which can result in serious injury and death.

Also, oxygen levels can fall in them, especially deeper ones, and toxic gases can also build up. In both cases, someone entering a manhole chamber can quickly become unconscious and die as a result of lack of oxygen or poisoning.

The only alternative to using remote access equipment to work on a drainage system via a manhole chamber is by carrying out a confined space entry.

Members of the public and trades people who are not trained in confined space entry are strongly advised not to enter a manhole chamber because of these factors.

What can go wrong with Manhole Chambers?

The image above shows how manhole chambers can become flooded and blocked if poorly maintained; at which point professional assistance is required.

There are a number of common problems with manhole chambers:

Read more on how to keep drainage workers safe from hazards.

What is at the bottom of a Manhole Chamber?

Many people will have wondered what is under the manhole covers they see every day in the street. Well, the answer is, it depends on a number of variables, including:

Some manhole chambers are very shallow, so are only a few inches or a couple of feet deep. At the bottom of these it is common to see the bottom half of a pipe, commonly made from clay, running off into openings like a train track entering a tunnel. Where the manhole is above a drain pipe junction, the pipe arrangement will be more complicated.

In some other cases, manholes may lead to much deeper drains and sewers. In some cases, these might be many metres underground. In this case, the manhole chamber will disappear into the darkness, usually with a steel ladder down one side of the chamber to gain access.

Larger manhole chambers may be protected by a steel security grill. This prevents unauthorised access. It also stops items from being dropped down into the drain – usually a larger sewer pipe – to prevent vandalism and protect people working below.

In some cases, especially in large urban sewer system, manhole chambers can lead to an even bigger chamber with space for many people to stand and work.