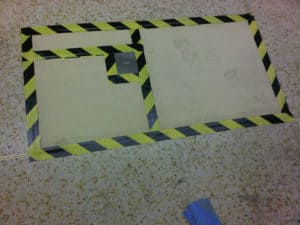 Cabinet fridges in a store run by a leading supermarket chain flooded, with water covering four aisles in the shop. There had been a long-term problem with leaks from the fridges, which required constant attention from staff, mopping floors. The supermarket chain called in UKDN Waterflow (LG) Ltd to try to find a long-term solution to the problem, which was inconveniencing customers and threatening the temporary closure of the store. 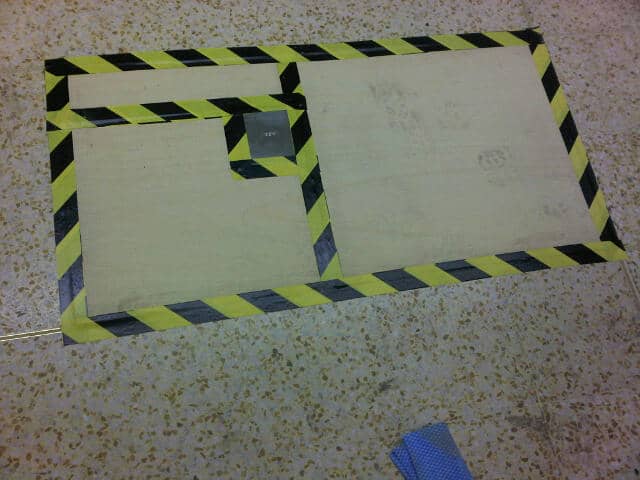 The problem was that drainage pipes under the fridges were running into T junctions before reaching an in-aisle manhole. This created pinch points throughout system. As a result, fridge ‘jelly’ sat in a sump causing blockages. The T junctions, located under a 300mm suspended floor, did not enable pipes to be unblocked using electro-mechanical drain cleaners or jetting. The solution was to re-pipe the fridges directly into the central aisle manhole, eliminating the T connections.

Four drainage engineers and a two-person CCTV drainage survey unit were tasked with carrying out the pipe changes at night while the store was closed. All work had to be completed, the fridges re-stocked, and the floor reinstated before the supermarket reopened at 8am.

A two-metre trench was created in the supermarket flood to allow a straight pipe run to the central drainage pipe. A rodding eye was installed to allow any future blockages to be quickly dealt with.

Once the work was completed, it was flow tested to ensure there were no could pinch points before the water reached the manhole. All work was completed by 4am, giving store staff four hours to restock the fridges in time for store opening at 8am.

To meet rigorous health and safety standards, all fridges and shelves in the affected aisles were emptied. Plywood sheets were erected to prevent floor debris from getting into the fridge cabinets. Marine plywood was used to replace missing floor tiles until re-tiling could take place, allowing the store to function as normal the next day.