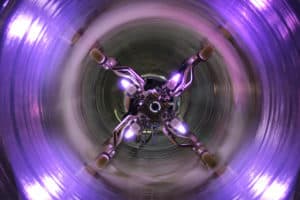 The Problem
UKDN Waterflow were asked to tackle a difficult job when a major food producer found that their cast iron trade effluent drainage system was in poor repair.

The mildly corrosive trade effluent flowing through the cast iron pipes over many years had eaten away the invert of the pipe allowing trade effluent to escape to ground. An additional problem was caused by material used in the original bedding of the pipe was now being washed by the flow into the pipe restricting the flow and causing blockages to occur. 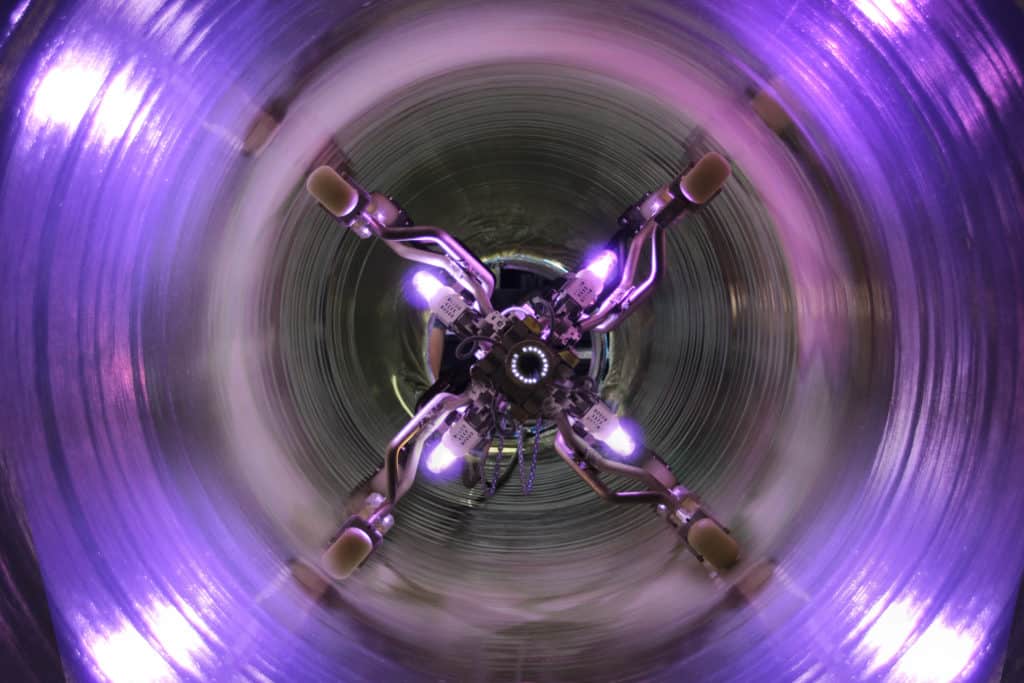 The Solution – CCTV inspection & drain lining
The first process was to clean and survey the pipe to determine the extent of the damage. This was difficult to achieve with the high flow and poor condition of the pipe. CCTV cameras were mounted on a specially made skid system that prevented the camera from falling into the voids that existed in the bottom of the pipe. In addition the exposed edges of the cast iron pipe were extremely sharp and had twice cut right through the strong wire bonds used to tow the camera through the pipe.

Having carefully cleaned the pipe and completed a pre lining survey a procedure for installing a chemical resistant liner was prepared.

The first part of the procedure was to install a strong material that would lay along the bottom of the pipe. This material was carefully selected as it had to be very smooth and flexible and yet strong enough to support the lining material during installation. The material was sourced from a company in Germany and flown over specially for this particular job.

The liner had to have strong chemical resistance again UKDN Waterflow selected a resin that would provide very long term chemical resistance. The lining installation went very smoothly and 130 metres of 225mm diameter lining was installed and cured in a very short time enabling the manufacturing process to be restarted within hours of completion.