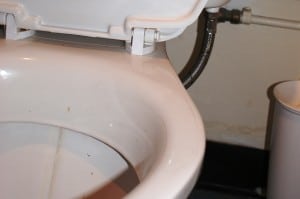 The Customer Ownership Team took a call from a leading insurer regarding a collapsed drain, which was causing a policyholder’s toilet to back up, leaving them without toilet facilities. The insurance claim handler considered it urgent and a priority to rectify.

The claims handler called the customer after lunch at 13.40 to see if the policyholder had received a call from UKDN Waterflow only to find that our engineers were already on site! Both the insurer and the policyholder were delighted.Ian Palmer Smith, UKDN’s Operations Director commented ‘Dynamic scheduling at First Notice of Loss (FNOL) allows us to pull out and schedule those jobs where it’s obvious we need to on site as a priority. In this instance we were able to quickly schedule and get our people on site and rectify the problem. It’s all part of our normal service to insurers and we were pleased to get the policyholders toilet facilities back to normal with little inconvenience’