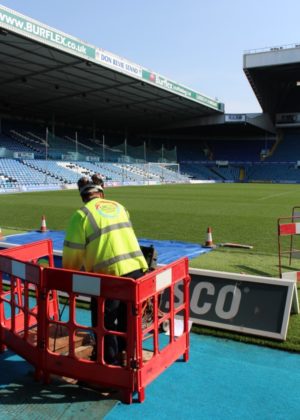 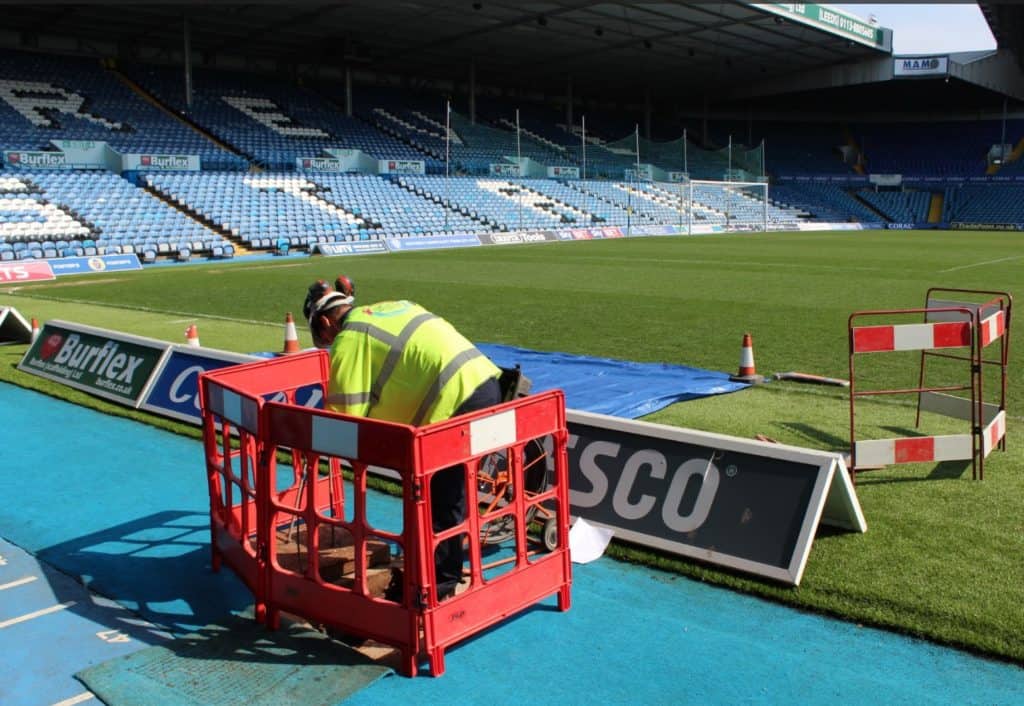 Grounds staff at Leeds United FC had been battling worsening pitch drainage problems underneath the West Stand during the 2015-16 season. They had even feared matches might be called off.

Playing styles had to continuously adapt to changing conditions. Sports pitch experts had recommended that the drainage and underground heating system would have to be replaced, at a cost of over £600,000. Before taking this drastic step, the club sought a second opinion from UKDN Waterflow (LG) Ltd.

“The work done by UKDN Waterflow (LG) was very impressive. We believe they’ve extended the life of our pitch drainage system by five years or more. We were potentially facing a huge bill and a great deal of upheaval. Now our plans for preparing an excellent playing surface for next season are on track, and we have confidence in the long-term performance of our pitch drainage system.”

Leeds United Football Club plays in the Championship, the second tier of professional football in England. It is one of the most successful football clubs in the history of English football. The club plays at the Elland Road Stadium, which has a capacity of 39,460.

It was apt that good teamwork was central to the project’s success. A CCTV drainage survey team from UKDN Waterflow (LG) worked with a jet vac tanker crew from the Lanes Leeds depot.

Project lead Dave Flowers first listened carefully to what the grounds team knew about the pitch drainage. What was known, and what might be hidden.

About 500m of the perforated plastic 100mm diameter drainage pipe running out to the centre of the pitch was cleaned by the jet vac tanker team, then surveyed using a push-rod camera.

Careful analysis of the HD video survey footage identified the location of a hidden silt trap that grounds staff said they believed was next to the pitch near the halfway line. This was excavated and found to the blocked.

The UKDN Waterflow (LG) team had a hunch that there was a second hidden silt trap, not known to the grounds team. Further investigation found it, at one end of the pitch. This was also excavated and found to be blocked.

Both silt traps were dug out, then fitted with new access chambers. This will allow quick and easy access to the silt traps in future, so they can be kept clean and clear.

During the excavation work, the underground heating system had to be carefully disconnected and reconnected.

Here you can download and print your copy of this case study.